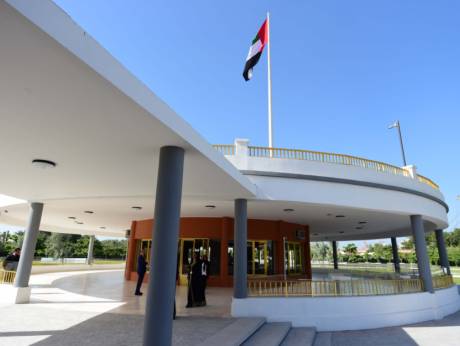 Dubai: The historic site where the UAE proclaimed its birth as a nation, the Union House, has undergone a refurbishment that will stand it in good stead for many more decades to come.

The 500-square-metre Union House and the Guest House were refurbished and restored to its original 1971 state last year to ensure the preservation of the country’s most important historical landmarks.

The Union House in Jumeirah was the backdrop for the signing of the 1971 Union Agreement when six emirates — Abu Dhabi, Dubai, Sharjah, Ajman, Umm Al Quwain and Fujairah — decided to unite as one country. Ras Al Khaimah joined a year later.

Inside, everything was made to reflect the original Union House’s interiors.

“We used a method called cathodic protection that spanned six months to energise the building with low-voltage electricity so it can be protected from all the elements. The building’s lifetime is extended for 50 years without it getting rusty,” Yehia Hussain Al Shahawy, project technical manager at Al Shafar General Contracting, told Gulf News during a media tour of the Union House on Wednesday.

Al Shahawy said this cathodic protection used in the Union House was employed in Dubai for the first time. It is a corrosion control method where a metal surface that could corrode is made into the cathode of an electrochemical cell.

“What we did here exactly is a refurbishment for the furniture, carpet and [certain] lighting fixtures. The AC inside the room is still the same. The aluminium windows are kept in original condition,” said Al Shahawy.

“Whatever was not good to use, we took controlled samples and sent them to Germany, India and Turkey and matched the same to recreate it a 100 per cent.”

The controlled samples included 295 pieces of furniture, six types of carpets, eight sets of curtains, four types of marble flooring, 21 types of cornice ceiling, among others.

All in all, some 196 sets of curtains were imported for the Union House and Guest House from Turkey and India. Both houses’ 350 chairs were also refurbished in the UAE. Some 2,400 square metres of carpet were also imported from India and Germany, plus a 2,000-square-metre wallpaper, and 85 chandeliers were added to complete the project.

The Dh26-million refurbishment project was completed in 17 months. Beside the Union House stands the Etihad Museum, whose seven pillars resemble the pens of the seven emirates during the signing of the Union Agreement while the external profile of the building signifies a nimbly folded paper, which resembles the document that the seven founding fathers signed to become one nation.

ASGC on construction behind the Harbour Views.

UAE's ASGC to implement BIM in all its departments