Etihad Museum awarded the GCC Building Project of the Year! 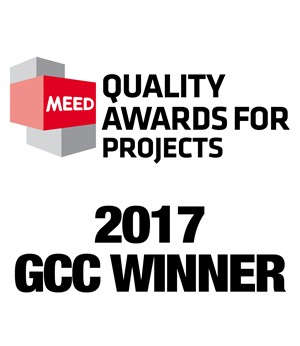 The Gulf region’s highest quality projects have been revealed at this year’s edition of the MEED Quality Awards for projects.

The UAE topped the region with eight GCC award winners, followed by Qatar with five and Kuwait with three. Bahrain and Oman each had one regional winner.

Saudi Arabia took home three awards including the MEED Quality Project of the Year, which went to the Sadara Project, the massive petrochemical project that is a joint venture of oil giant Saudi Aramco and the Dow Chemical Company. For Sadara, it was a triumphant evening as the project was also recognised as the region’s best in the GCC Oil & Gas Project of the Year category.

The other regional winner from Saudi Arabia was the General Authority of Civil Aviation’s Design and Build of Terminal 5 and Related Facilities at the King Khaled International Airport Project (nominated by a TAV-Al-Arrab Contracting joint venture) which won the GCC Transport Project of the Year award.

Meraas Holding’s City Walk Phase 2 Retail Development Project, submitted by Al-Futtaim Carillion, was recognised as GCC Retail Project of the Year; while its The City Walk Project, a joint award nomination by Parsons, Arcadis, WSP, Parsons Brinckerhoff in conjunction with Meraas Development, was awarded the GCC Mixed-use Project of the Year trophy.

Kuwait’s other regional winner was AGi architects’ Three Gardens Project, which received the GCC Residential Project of the Year award.

The 2017 MEED Quality Awards for Projects recognised a total of 21 outstanding projects throughout the region, in addition to the Supplier of the Year award given to Almajdouie Logistics Company.

The GCC winners were announced at a ceremony held at The Westin Dubai Mina Seyahi Beach Resort & Marina in the UAE. The MEED Quality Awards for Projects 2017 was made possible by the support of Besix, Parsons, Al-Bawani, MVP Tech and ASGC.

GIVE BLOOD GIVE LIFE