Celebration of the Honorary doctorate degree for Mr. Emad Azmy

In awarding this honorary degree, Heriot-Watt is recognising the noteworthy contribution that Emad Azmy has made to the economy of the UAE, being a part of the success story that is Dubai as well as his impeccable personal reputation as a man of principles and honour in a difficult business environment that has seen many come and go over the years. In recognition of the impressive financial performance of the company and scale of projects Mr. Emad has overseen, he featured in the “Construction Week Power 100” in 2017 as the 6th most influential person in the Middle East’s construction sector.

295 students graduated at the ceremony and were also praised for their efforts by Emad Azmy:

“I am proud to receive an honorary degree from Heriot Watt University Dubai Campus. With the university’s rich heritage in science, technology, engineering and mathematics, it has produced some of the most talented engineers in the world. I am equally proud to see so many graduates here today and it is these hardworking, intelligent young people that will help to take us all to the next level,” said Mr. Azmy.

From everyone in ASGC family, we congratulate Mr. Emad Azmy for this honorary recognition. We wish him continuous success and prosperous life. 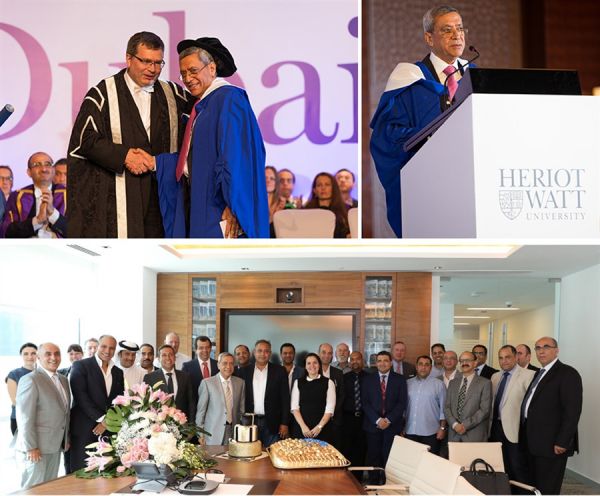 ASGC Shortlisted Among the Best 3 Innovators in Portfolio Management Worldwide