In this day and age, when information is accessible on the web and books are available in digital format, libraries could be seen as redundant by some – veritable relics playing host to dusty tomes that seem unwieldy compared to palm-sized smartphones or mobile e-readers. 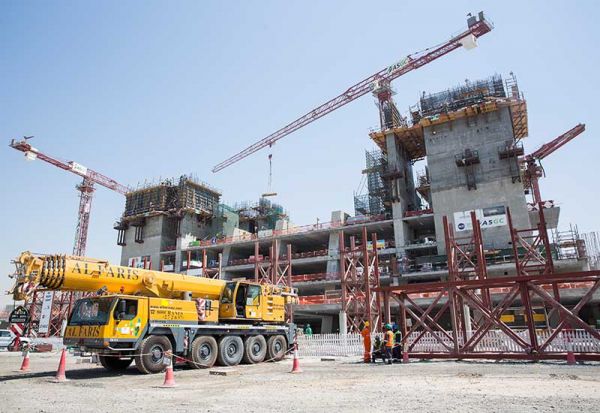 Viewed against a backdrop of increasing dependence on technological contraptions, it is an assumption that’s easy to make, but one that is not quite on the mark.

Much like how traditional institutions like banks are adapting to the changing business landscape by offering electronic products and services, so are libraries. Case in point: the Mohammed bin Rashid (MBR) Library that is currently being built in Dubai.

The $272.3m (AED1bn) project was unveiled in February last year by HH Sheikh Mohammed bin Rashid Al Maktoum, Vice President and Prime Minister of the UAE and Ruler of Dubai, in support of President HH Sheikh Khalifa bin Zayed Al Nahyan’s declaration of 2016 as the Year of Reading.

Speaking at the launch event, Sheikh Mohammed said: “We decided to start the Year of Reading by launching this state-of-the-art library, and [letting] everyone know that we will transform the UAE into an Arab and global cultural and learning centre, while strongly establishing reading as a societal norm.”

Described as the largest library and cultural project in the Arab world by Dubai Municipality, the authority spearheading its development, the MBR Library is located in Al Jaddaf and overlooks Dubai Creek.

In addition to fulfilling the traditional role of a library, the project will host more than 100 events per year and is expected to receive nine million visitors annually, although it will be able to accommodate up to 42 million.

Construction of the library commenced in October 2016, with ASGC winning the main contract, valued at $245m (AED900m).

Commenting on the library’s progress, Sameh Samy, project director at ASGC, tells Construction Week that blockwork and mechanical, electrical, and plumbing (MEP) first fix works are ongoing, while the concrete work has reached the fourth floor.

The vertical core walls, meanwhile, have been completed up to the roof, with ASGC noting that it is using a pin connection system to fix the upper part of the building – from the fifth to seventh floors  – to the core walls, ensuring stability and correct alignment .

“The steel structure, which is approximately 5,700 tonnes, is prefabricated and progressing from the fourth to seventh floors,” says Samy, who notes that the project, with a total built-up area of 54,061m2, is 22% complete, boosting ASGC’s confidence that its 2018 target completion date will be met.

He admits, however, that time has been a challenge, especially in light of the project’s complex architectural design, which is inspired by the rehal – the book rest used for the Holy Quran – and so closely resembles an open book that the library has come to be referred to as “book-shaped”.

He says that because the project has cantilevered components, the steel structure has been “difficult” to implement, adding that coordinating with the subcontractors for the steel structure, cladding, and glass has also been an issue.