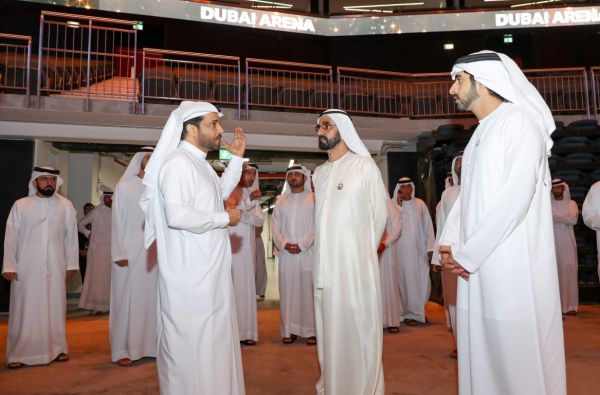 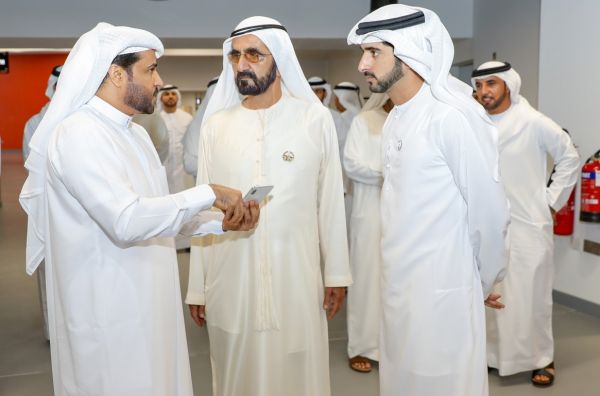 His Highness affirmed that the government places a high priority on infrastructure projects as they represent key pillars of the country’s development plans aimed at further cementing Dubai’s leading position on the global economic map and consolidating its high ranking in global competitiveness indexes. His Highness underlined the significant role of both semi-government and private sectors in developing infrastructure projects that meet the highest global standards.

One of the world’s biggest event and hospitality destinations, Coca-Cola Arena is set to reinforce Dubai’s reputation in the tourism and family entertainment sector. The development of the venue is aligned with the objectives outlined in ‘Dubai’s Tourism Vision 2020’ and the ‘Dubai Tourism Strategy’ that aims to attract 25 million tourists a year by 2025.

Sheikh Mohammed was also briefed on the eye-catching active-lit facade at Coca-Cola Arena, which has the capacity to accommodate 17,000 visitors and host multiple events across diverse domains all year round.

Abdulla Al Habbai, Chairman of Dubai Holding and Group Chairman of Meraas, said, "Fuelled by the pioneering vision of His Highness Sheikh Mohammed bin Rashid Al Maktoum, Dubai has become one of the most ambitious cities in the world, offering endless possibilities as a global hub for multiple industries. With Coca-Cola Arena, the city has set a new benchmark in the tourism and family entertainment sector - shaping a new avenue for economic growth while also enhancing the emirate’s potential as a top destination for some of the world’s most prestigious events.

"We believe that Coca-Cola Arena perfectly complements City Walk’s unique community and lifestyle experiences and is a game changer in Dubai’s efforts to consolidate its status as a premier tourist destination."

According to PricewaterhouseCoopers, PwC, the UAE’s leisure and entertainment market potential will reach 45 million tourists by 2021, of which international tourists will account for 30 million; while residents, their friends and relatives will account for 15 million.

Another report by Dubai Chamber of Commerce and Industry states that spending within the UAE’s travel and tourism sector is estimated to reach US$56 billion by 2022.

Coca-Cola Arena is set to enhance Dubai’s entertainment scene, attract the best live entertainment acts and international sport events, and offer residents and visitors the very best in modern entertainment experiences in the heart of the emirate.

The day-to-day operations of Coca-Cola Arena are being handled by international venue management company AEG Ogden, part of the Anschutz Entertainment Group, AEG, a wholly owned subsidiary of the Anschutz Company that owns, controls or is affiliated with over 150 of the world’s preeminent event facilities. Its portfolio currently includes: The O2 in London, STAPLES Centre in Los Angeles, the Mercedes-Benz Arena in Shanghai and Qudos Bank Arena in Sydney.