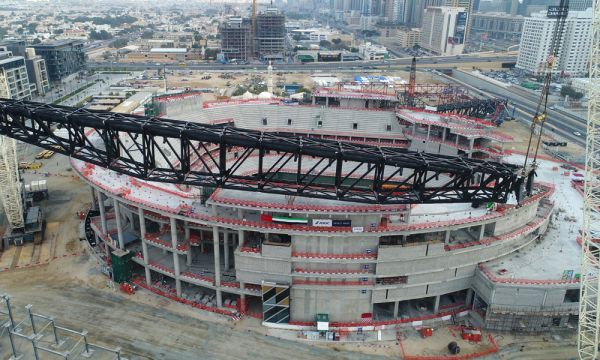 UAE-based construction group ASGC says it is no secret that the Coca-Cola Arena was built to make a difference —from the very inauguration of the idea and its development by Meraas to the designing and building of the project.

“The uniqueness of the project extends to its very structure, with the steel roof structure alone weighing a record 4,000 tons. The Coca-Cola Arena roof structure was built and implemented in what has been called a once-in-a-lifetime method,” says the company.

The erection was overseen by ASSENT, the steel arm of ASGC. The contractor deployed some of the world’s largest cranes to raise the two mega trusses. Each weighs 822 tons and were lifted in as a complete piece.

“With both the support and additional steel structure, the total weight of the Arena’s roof is approximately seven times the weight of an A380, the world’s biggest airliner,” notes ASGC.