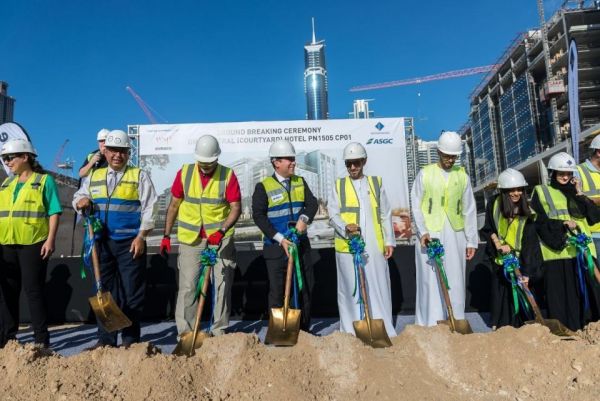 UAE construction firm ASGC has been appointed as the main contractor of the recently-announced 25hours One Central hotel from AccorHotels.

Upon completion, it will be the largest 25hours Hotel property worldwide and the group’s first in the Middle East.

Located in Dubai World Trade Centre’s One Central development and expected to open by 2020, the new property will include about 434 rooms over nine floors, plus one ground level and four basement levels.

ASGC said in a statement that ground has already been broken on the site with the company planning to use cutting-edge solutions such as drones with high-definition closed-circuit television and 360° video-capturing systems to monitor progress at the site.

Bishoy Azmy, CEO of ASGC, said: “It is a privilege to work on such an iconic hospitality project, one that will become the largest in the 25hours Hotel global portfolio. In matching to the vision of AccorHotels and DWTC, we will be leveraging the very best techniques, technologies and talent to ensure smooth project completion and deliver to the impeccable standards that we are all committed to.”

ASGC has previously worked on landmarks such as City Walk, Etihad Museum and the Waldorf Astoria – Palm Jumeirah.