Busy period ahead for Dubai contractors - Analysis Features in MEED 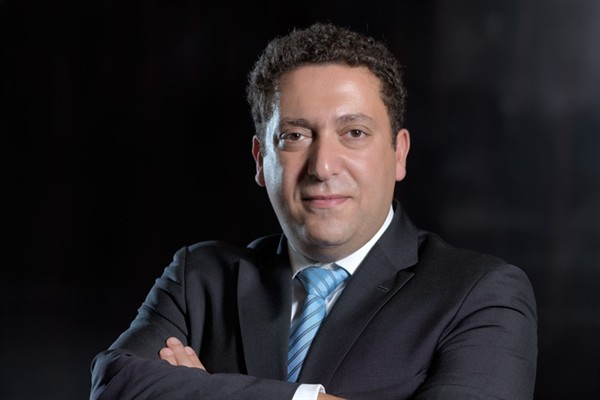 With a turnover averaging about $1bn a year over the past five years, Al-Shafar General Contracting Company (ASGC) is one of Dubai’s largest contracting companies. As the emirate outperforms the rest of the region by driving ahead with new construction projects, ASGC’s CEO Bishoy Azmy expects a busy few years ahead.

Azmy’s optimism is grounded in reality and he concedes the construction sector has had to negotiate some difficult periods over the past decade. “We have seen the business ebb and rise over the past few years,” he says. ”Around the Expo 2020 announcement [in late 2013], there was a lot of positive sentiment. That evaporated much faster than we expected, and then we had some really strong negative sentiment last summer due to the Yemen war, the crash in oil prices, and the negative economic growth numbers that were coming out of China. Then from that low ebb, which I would say lasted from August/September 2015 until now, we are seeing a steady and slow improvement in sentiment and actual numbers.”

While numbers are improving, the challenge for contractors remains earning healthy margins. “Margins are certainly under pressure, and in general the construction industry is a low-margin industry, globally and regionally and across cycles. Of course some years are better than others and particularly here we have had very accentuated cycles, we have had high highs and low lows. I would say we are in the middle at the moment.”

As the market has risen and fallen, the relationship between clients and contractors has evolved awayfrom the traditional competitive tendering for fixed-price lump sum contracts to a more collaborative approach that can help get projects financed. “The world is changing around us, so I cannot see why the construction industry does not change either. The relationships between clients and service providers can change, needs for clients change, financing models can change, procurement models can change,” says Azmy. “The more nimble and capable contractors that try to understand these changes are happening and here to stay and that have acclimatised their organisation to suit these changing needs may actually
benefit from that, so I don’t view this as a danger or a negative thing, or as an aggressive change for the worse.”

The key for contractors is picking the right clients that offer opportunities on multiple projects. “As an organisation we really do not run after clients unless we feel they can be long-term clients; from McDonalds to Emirates airline, if you are not getting repeat business from your customers you will eventually run out of new customers. Unless your services satisfy the existing customer base and they come to you for repeat business, you are doing something wrong,” says Azmy. “Two-thirds of our business is repeat work with the same customers.”

Another key strategy for ASGC has been expanding its portfolio and branching out into new sectors to make its revenue streams more robust. “For the past few years, we have been trying to branch out into different types of business,” says Azmy. ”Today our backlog is less than 50 per cent residential and commercial; more like 75 per cent, so we are not at 40-45 per cent residential and commercial, so I would not call us purely a building contractor anymore.”

The transition was not an easy one. “It was extremely important and extremely difficult,” says Azmy. ”Post 2009, we realised we were only building high-rise towers, so our backlog in 2009 was maybe 80 per cent high-rise residential and commercial towers, and then post the global crisis that had disastrous real estate ramifications on Dubai, we realised not everyone wants to build high-rise towers and the free hold off-plan sales model does not always work, particularly in periods of economic stress. So we took the decision to diversify into other less cyclical and more defensive areas within the construction sector.”

One long-term ambition of the Al-Shafar General Contracting management is taking the company public. “We were exploring going public last year, but we felt the time was not suitable,” says CEO Bishoy Azmy. “What I can tell you now is we have no immediate plans of going public. The local markets have not seen an initial public offering (IPO) for quite some time.”

While now may not be the right time for an IPO, going public is still a long-term ambition. “The idea of professionalising the company further and the idea of becoming a corporate entity that is owned via public shares appeals to us in terms of long-term sustainability of the business and its ownership,” says Azmy. “We have not ruled it out for the future, we will revisit when appropriate and that is depending on market conditions.”